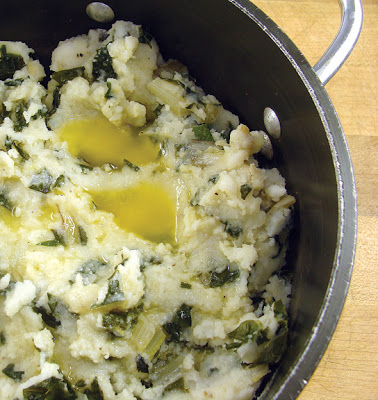 Saint Patrick’s Day is just a few days away, and people all over will be donning their finest green attire and celebrating with feasts consisting of Irish stew, soda breads, vegan corned “beef” and cabbage. This recipe for Mashed Potatoes with Sautéed Chard and Garlic from Bryanna Clark Grogan’s World Vegan Feast is a Mediterranean take on the classic Irish potato and cabbage dish colcannon.