Our vegan cookbook authors are as diverse as the subjects they tackle. Among them are accomplished chefs, popular bloggers, and restaurant veterans.

Richa Hingle is a prolific and award winning recipe developer, blogger and photographer behind VeganRicha.com. She has a growing community of followers who love making her recipes and sharing with their friends. Her instructions are easy to follow and her step-by-step photographs welcome the uninitiated into their kitchen as vouched by many of her readers. She lives in Seattle with her husband, Vivek, and a fluffy Pomeranian. Richa is the author of Vegan Richa’s Everyday Kitchen and Vegan Richa’s Indian Kitchen. 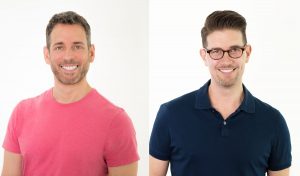 Michael Suchman and Ethan Ciment, authors of NYC Vegan, are the award-winning bloggers at VeganMos.com. Through their recipes, they show that eliminating animal products does not mean giving up your favorite familiar foods. Michael is a certified Vegan Life Coach and educator through Main Street Vegan Academy. He is also a certified Food for Life instructor through the Physician’s Committee for Responsible Medicine. Ethan is a podiatric surgeon in Manhattan who serves on the board of directors of Woodstock Farm Sanctuary. 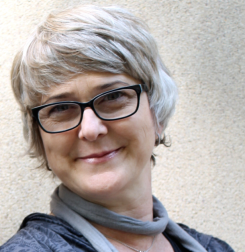 JL Fields is the author of The Vegan Air Fryer, Vegan Pressure Cooker, and co-author of Vegan for Her. She is a culinary instructor, columnist, speaker, activist, and radio personality. The blogger of JL Goes Vegan.com has received culinary training at the Natural Gourmet Institute and the Christina Pirello School of Natural Cooking and Integrative Health Studies. She is a Main Street Vegan Academy-certified Vegan Lifestyle Coach and Educator and a certified Food for Life instructor with Physicians Committee for Responsible Medicine (PCRM). She writes and broadcasts from Colorado Springs, Colorado.

Robertson is a vegan chef and award-winning cookbook author whose culinary experience spans nearly thirty years. She has been a chef, caterer, cooking teacher, and food columnist. Her cookbooks include the best-selling Veganize It!, Vegan Without Borders, Vegan Planet, Quick-Fix Vegan, Fresh from the Vegan Slow Cooker, Vegan on the Cheap, and 1,000 Vegan recipes. Robin blogs at www.RobinRobertson.com.

Leinana Two Moons is the author of the blog Vegan Good Things. Her writing and photography have appeared in LAIKA and VegNews magazines. A longtime vegan, she is dedicated to creating recipes that are satisfying enough to please anyone, vegan, vegetarian, flexitarian, or hardcore carnivore alike. She is active in the NYC vegan community and lives in Long Island City, NY with her husband and two children, who are all vegan. Baconish is her first cookbook.

Jason Wyrick is an executive chef, cooking teacher, caterer, a former diabetic, and founder of the world’s first vegan food magazine,The Vegan Culinary Experience. He is the author of Vegan Mexico and Vegan Tacos. He has co-authored the New York Times best-selling book 21-Day Weight Loss Kickstart with Neal Barnard, MD, and has taught alongside many medical and dietary professionals.  Jason was the first vegan culinary instructor in the world-famous Le Cordon Bleu program through the Scottsdale Culinary Institute, and has catered for major corporations.  Jason has taught hundreds of vegan cooking classes around the world, and his work has been featured in the New York Times, Vegetarian Times, and on both local and national television. His website is www.thevegantaste.com.

Zsu Dever is the author of Aquafaba, Vegan Bowls, and Everyday Vegan Eats. She has been involved in the restaurant business most of her life and hails from a long line of culinary professionals and restaurateurs. She is the author of the blog Zsu’s Vegan Pantry, and is passionate about teaching new vegans and vegetarians how to succeed with their newly chosen diet and become lifelong vegans. She is a homeschooling mother of three teenagers and resides in San Diego, CA. www.zsusveganpantry.com.

Ayindé Howell is an executive Chef living and working in New York City. His recipes have been published in the New York Times, Essence Magazine, VegNews Magazine and many others. He is a fourth generation entrepreneur with two businesses and a 501c3 under his belt. He currently holds the position of founder and “Bossman” of the award winning iEatGrass.com, also home to his critically acclaimed culinary event brand, Wildflower. His book, The Lusty Vegan, co-authored with Zoe Eisenberg, is scheduled for publication in the Fall 2014. 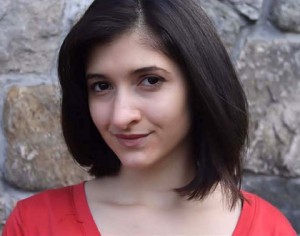 Zoë Eisenberg, co-author of The Lusty Vegan, is a writer, editor, and film maker. A certified holistic health counselor with a degree in creative writing, Zoë has been published in a variety of print and online sources, from vegan information hubs like Vegan Mainstream, to Shape Magazine, to the viral and often outrageous women’s website XOJane.com. She writes about living, loving and eating on her blog, SexyTofu.com, and is currently the managing editor of www.ieatgrass.com.

Cooking since her early teens, Somer McCowan has a passion for experimenting with food and inventing delicious recipes. She has worked in the food industry in the U.S. and Australia, creating food in bakeries, several restaurants, and a juice bar. Several years ago, after being diagnosed with a severe autoimmune disease, she was put on multiple prescription drugs and felt terrible. She then discovered that a whole foods, plant-based diet can reverse disease. Somer then went completely vegan and she is now off all prescription drugs and in full remission. Somer loves helping others improve their health through eating the right kinds of food. Her food blog is: www.vedgedout.com. Her summer title is The Abundance Diet.

Crawley is a chef and writer specializing in health- and happiness-promoting food. She was classically trained in the art of gourmet living cuisine at the world-renowned Matthew Kenney Academy, graduating in 2010 as a certified raw chef. In 2011, she earned her Nutrition Educator certification at the Living Light Culinary Arts Institute. Amber blogs at ChefAmberShea.com.

Bryanna Clark Grogan has over 22 years experience with recipe development and is the author of eight vegan cookbooks.  Among her previous titles are Nonna’s Italian Kitchen, The Almost No Fat Cookbook, and The Fiber for Life Cookbook, and she developed the recipes for Dr. Neal Barnard’s Program for Reversing Diabetes. A teacher, lecturer, and former newspaper columnist, you can see Bryanna’s blog at: VeganFeastKitchen.blogspot.com.