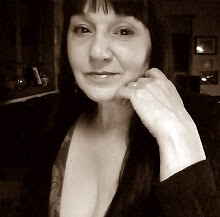 Today’s Friday guest post comes from World Vegan Feast author Bryanna Clark Grogan. Bryanna has over 22 years experience with recipe development and is the author of eight vegan cookbooks. Among her previous titles are Nonna’s Italian Kitchen, The Almost No Fat Cookbook, and The Fiber for Life Cookbook, and she developed the recipes for Dr. Neal Barnard’s Program for Reversing Diabetes. A teacher, lecturer, and former newspaper columnist, you can see Bryanna’s blog at: VeganFeastKitchen.blogspot.com.

Only recently has the West learned about umami, the “fifth flavor,” which is known in China as xian. While we are well familiar with the first four flavors (sweet, salty, sour, and bitter), our tongues can also detect this mysterious fifth flavor through special receptors in our taste buds. With the help of our sense of smell, we sense these flavors in combination with each other. Moreover, we have more than 300 receptor genes that collectively detect every possible flavor known to humankind. 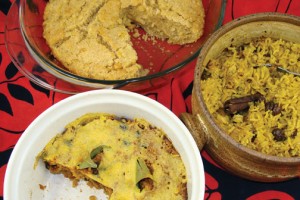 The term umami was first brought to public attention outside of Japan by the scientist Kikunae Ikeda of the Tokyo Imperial University in 1908. In fact, Dr Ikeda coined the term by combining two distinct words: umai, which means “delicious” and mi which means “essence.” He meant it to be a temporary name, but it stuck. The Chinese term xian, on the other hand, goes back to a 3,000-year-old Chinese book called The Yellow Emperor’s Book of Internal Medicine – thus it is sometimes also called the “forgotten flavor.” Although physiologists have long known the chemical compounds that provide its taste, only recently (in this  decade) have they discovered the human tongue’s receptors for umami. Particular amino acids (the umami “triggers”) and nucleotides (the umami “intensifi ers”), produced in foods when enzymes, through cooking or fermentation, break down their proteins and stimulate these receptors, which then message our brain  to register the deliciously savory taste of  umami. In his article “Umami: Taste Receptor, Tactile Sensation and Flavor Intensifier,” Matthew Citriglia writes, “Umami is a taste that is stimulated by amino acids and nucleotides. It is a savory, mouth-filling, brothy, flavor intensifier that you experience regularly but may have never identified. This is why I think of it as a three-dimensional taste.”

There are now exciting studies showing that umami-tasting compounds have magnifying effects on one another and that combining two umami compounds produces eight times more flavor than you would get from a single umami compound alone! A flavor explosion, as the Chinese say or, more scientifically, “synergizing umami.”

Although difficult to describe in words, umami has variously been described as: savoriness, deliciousness, meatiness, tastiness, mouth satisfaction, the good taste of food, or broth-like. I particularly like the definition “essence of deliciousness.”

“Umami can be described as intensity, what helps us determine whether we like something or not and carries a whole constellation of physical reactions,” says Master Sommelier and Master of Wine Doug Frost. As Seattle Post-Intelligencer food writer Hsiao-Ching Chou wrote: “Explaining umami can get a bit convoluted. But, your taste buds understand, and that’s what matters.” 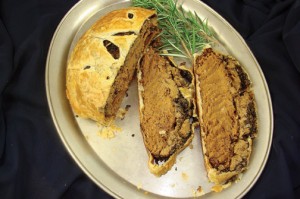 Mushrooms and fungi are a great source of synergizing umami. Yeasts, both active (including sourdough, a natural yeast) and non-active (nutritional yeast, yeast extract), being a sort of fungi, also contain umami compounds. They also act as synergizers. For instance, in a live yeast or sourdough starter, the enzymic action develops the umami in the gluten of wheat flour to “ripen” the dough and develop its flavor. This process is what turns a simple dough of only flour, water, yeast, and salt, when fermented properly, into a crusty delicacy such as artisanal French bread.

Umami elements can add a powerhouse of flavors in meatless dishes, where it supplies the robust element that meat or poultry often give non-vegan dishes. Try it yourself by using, for instance, deeply browned or caramelized onions in a vegan soup or stew. Or experience umani in Chinese dishes that employ mushrooms, soy sauce, and wine to lend an explosion of savoriness to staples, such as tofu, that are considered bland. Umami can help you take good meat-free cooking to the level of sublime. 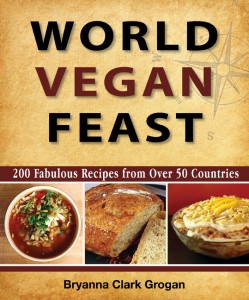