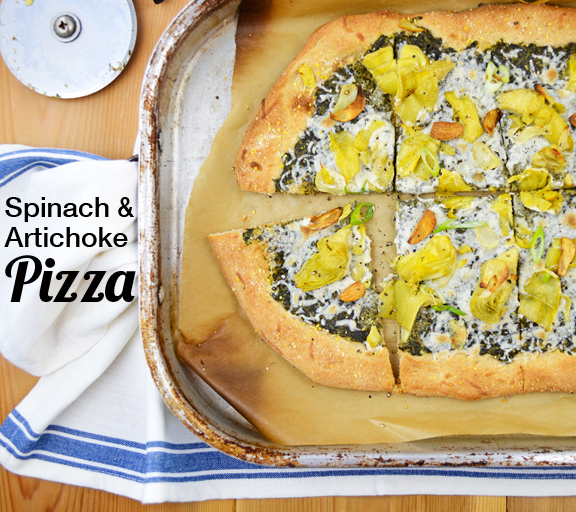 This delicious Spinach and Artichoke Pizza from  Everyday Vegan Eats by Zsu Dever is almost like having spinach-artichoke dip on spread over a pizza crust. With the added optional vegan cheese, it is ooey and gooey. The thinly sliced garlic cooks down to a mild and sweet flavor and the artichokes come out of the oven lightly browned. This pizza works wonderfully using a pizza stone, if you happen to have one. 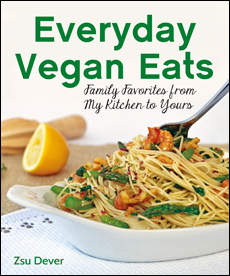