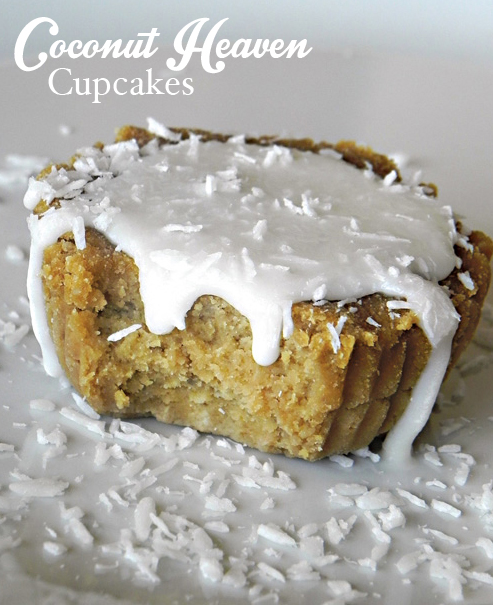 The first mention of cupcakes was in the American Cookery cookbook by Amelia Simmons in 1796. The recipe called for “a cake to be baked in small cups”, and  the first mention of the word “cupcake” was in Eliza Leslie’s Receipts cookbook in 1828. The name is derived from the teacup, because before the advent of muffin tins, cupcakes were often baked in individual tea cups or ramekins. Cupcakes became popular because they could be baked quickly and wouldn’t burn as easily as full cakes did. The invention of the muffin tin helped keep cupcakes popular throughout the 20th century, and they’re still a favorite today in 2013. Sunday, December 15th is National Cupcake Day! Celebrate with these Coconut Heaven Cupcakes from Practically Raw Desserts by Amber Shea Crawley.

Combine the applesauce, coconut nectar, coconut butter, water, coconut extract, lemon juice, and salt in a food processor. Blend until smooth and combined. Add the cashew flour and blend again until smooth. Add the coconut flour and pulse until well-combined. The mixture will be very thick and dough-like.

Divide the dough between 8 large or 20 mini muffin cups (with or without paper liners), pressing firmly and evenly into each. Refrigerate until ready to serve. Just before serving, top each cupcake with a spoonful of softened coconut butter and sprinkle with shredded or flaked coconut.

Store leftover unfrosted cupcakes in an airtight container in the refrigerator for up to 4 days or in the freezer for up to 3 weeks. 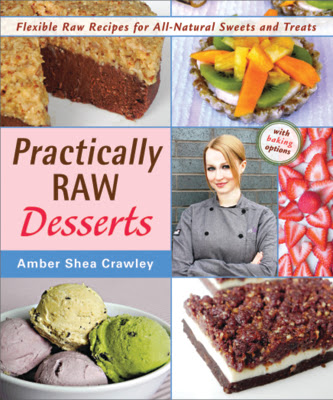