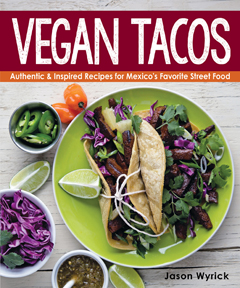 Celebrated chef Jason Wyrick showcases the liveliness of Mexican flavors and textures with recipes for traditional and creative tacos you can make at home, featuring your own homemade tortillas, salsas, and condiments.

These recipes, based on genuine recipes gathered across Mexico, allow you to make authentic tacos using plant-based ingredients. The long-time publisher of The Vegan Culinary Experience points the way to making your own taco components from scratch, while also providing options to substitute store-bought ingredients.

The author shares his passion for tacos with sections of essential ingredients, tips, and shortcuts that simplify the cooking techniques for the modern kitchen. There is also a chapter of beverage recipes such as Mango Lime Agua Fresca, Sweet Tamarind Tea, and Desert Sage Spritzer; a section on how to host a taquiza (taco party); and entertaining anecdotes from the author.  Full color photos. 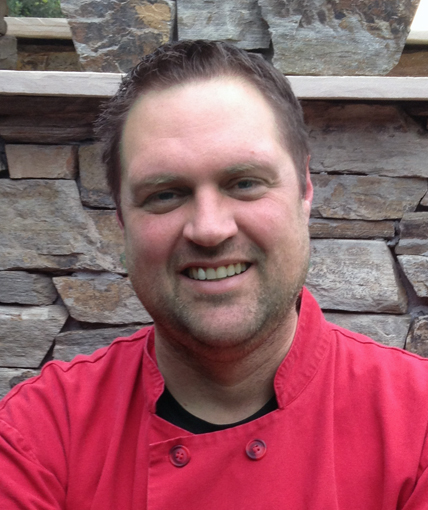 Chef Jason Wyrick is an executive chef, cooking teacher, caterer, a former diabetic, and founder of the world’s first vegan food magazine, The Vegan Culinary Experience. He has co-authored the New York Times best-selling book 21-Day Weight Loss Kickstart with Neal Barnard, MD, and has taught alongside many medical and dietary professionals.  Jason was the first vegan culinary instructor in the world-famous Le Cordon Bleu program through the Scottsdale Culinary Institute, and has catered for major corporations.  Jason has taught hundreds of vegan cooking classes around the world, and his work has been featured in the New York Times, Vegetarian Times, and on both local and national television.  His website is www.thevegantaste.com.