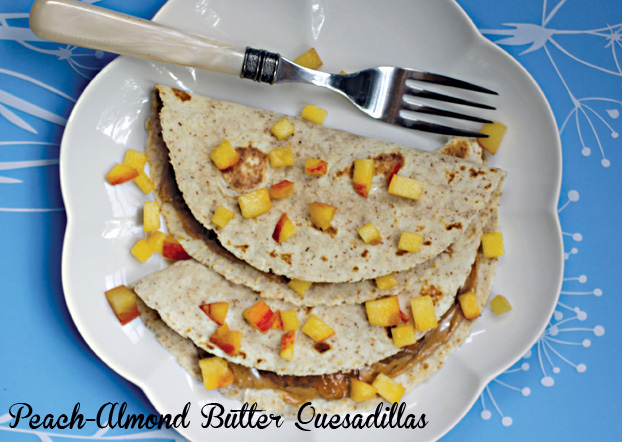 Today is National Peanut Butter and Jelly Day! PB & J sandwiches have always been a favorite of children, and the average American consumes somewhere between 1,500 and 2,500 peanut butter and jelly sandwiches by the age of 18.

Almond butter stands in for the peanut butter and peach jam replaces the classic grape jelly in this new spin on the classic PB & J from Nut Butter Universe by Robin Robertson. But that’s not all: tortillas replace the bread to make delicious quesadillas. Variations are endless so feel free to use different combinations of nut butter and jam or other spread. Sliced bananas or fried vegan bacon slices make good additions. This recipe is easily doubled.