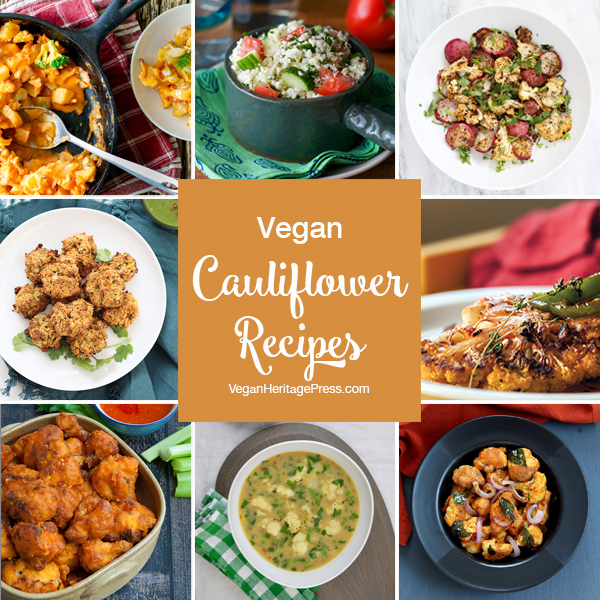 Cauliflower is experiencing a renaissance, and rightly so. Not only is this cruciferous vegetable extremely nutritious, it’s also quite tasty and incredibly versatile. It can be battered and made into “wings,” sliced and cooked as “steaks,” and processed into “rice.” It’s also a great addition to soups and casseroles.

Cauliflower is a member of the genus Brassica, along with broccoli, kale, and Brussels sprouts. It’s loaded with vitamins, minerals, and antioxidants, and it’s known to reduce inflammation in the body. The health benefits of cauliflower include a reduced risk of cancer, heart disease prevention, increased eye health, and a decreased risk of brain disorders, among others.

To help you get more of this amazing vegetable into you diet, we’ve put together a list of some of our favorite vegan cauliflower recipes. These recipes are perfect for lunch, dinner, and even snack time! 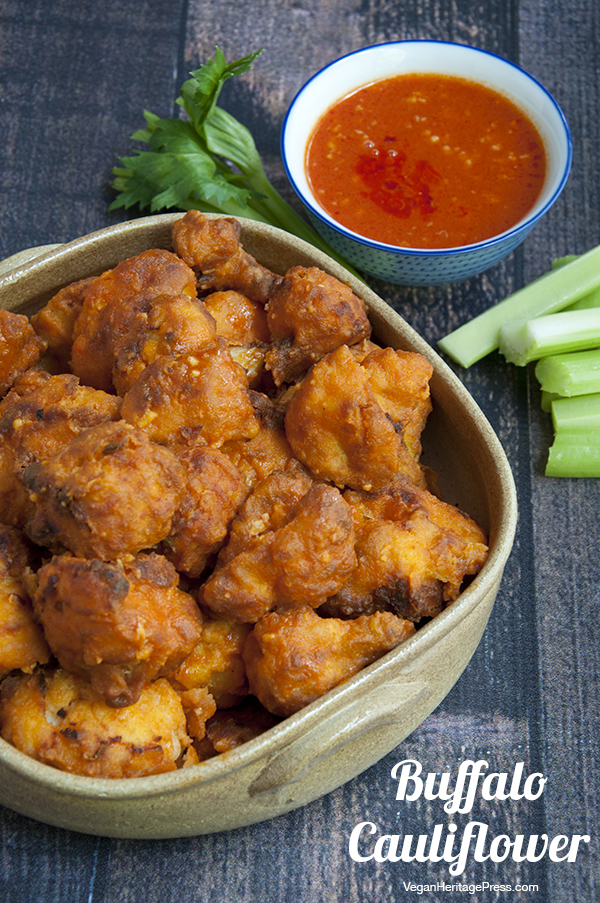 Buffalo Cauliflower from The Vegan Air Fryer by JL Fields – Hot and spicy are two words that describe this snack – another is delicious. 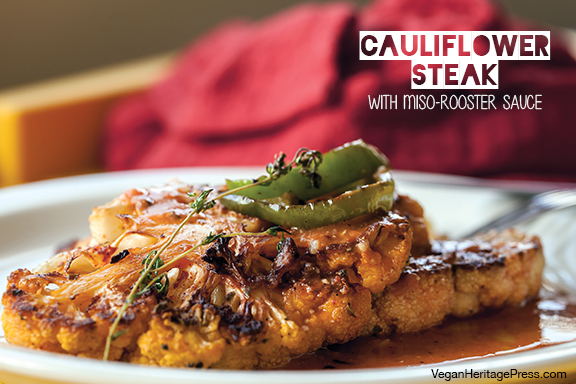 Cauliflower Steak with Miso-Rooster Sauce from The Lusty Vegan by Ayindé Howell and Zoë Eisenberg – With this recipe, Ayindé wanted to combine textures and flavors: the soft, almost creamy texture of cooked cauliflower, the deep, pungent flavor of the fermented miso, and the spicy kick of sriracha, or as he calls it, rooster sauce. 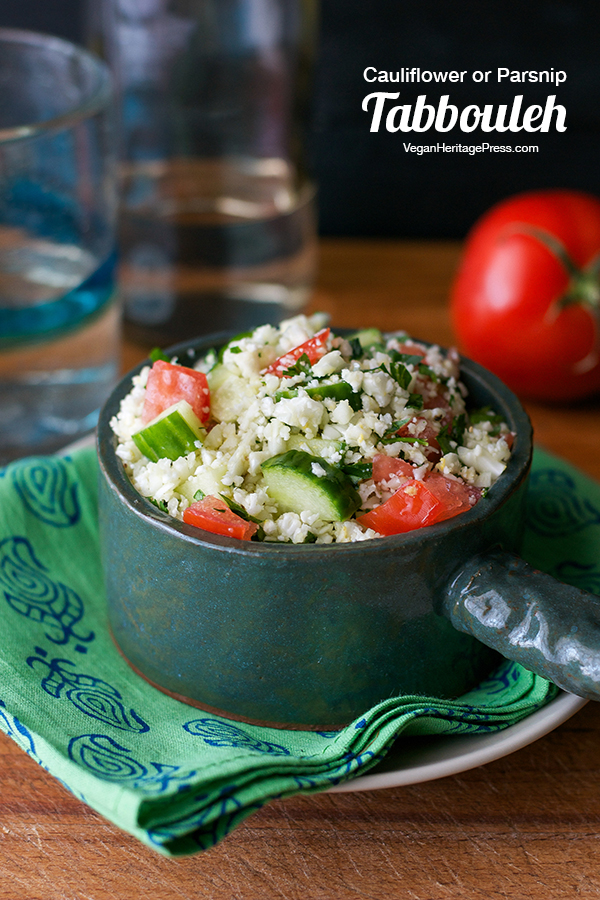 Cauliflower or Parsnip Tabbouleh from The Abundance Diet by Somer McCowan – This dish is light, refreshing, and grain-free. You can enjoy it as a light lunch or as a pick-me-up in the afternoon. 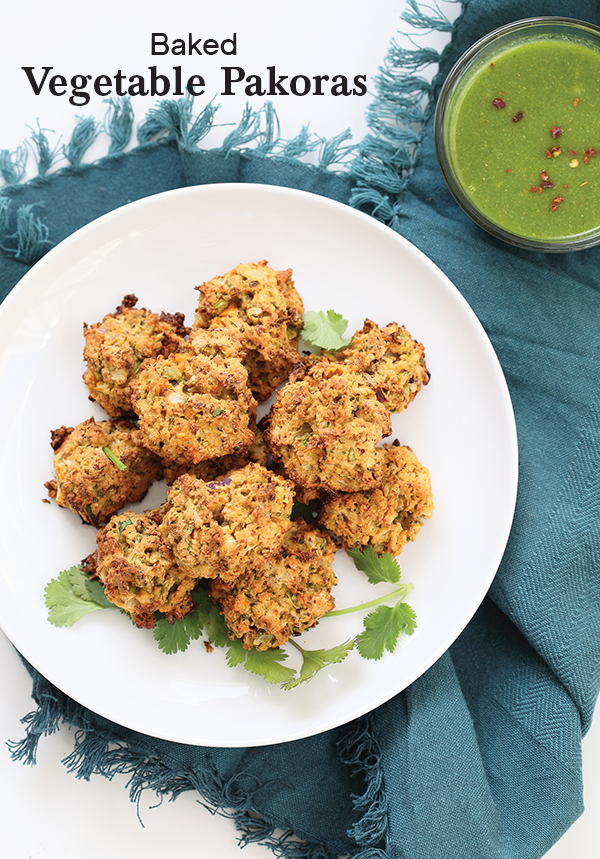 Baked Vegetable Pakoras from Vegan Richa’s Everyday Kitchen by Richa Hingle – These pakoras are made with cauliflower, broccoli, onion carrots, and potato, and they make a delicious and quick snack. 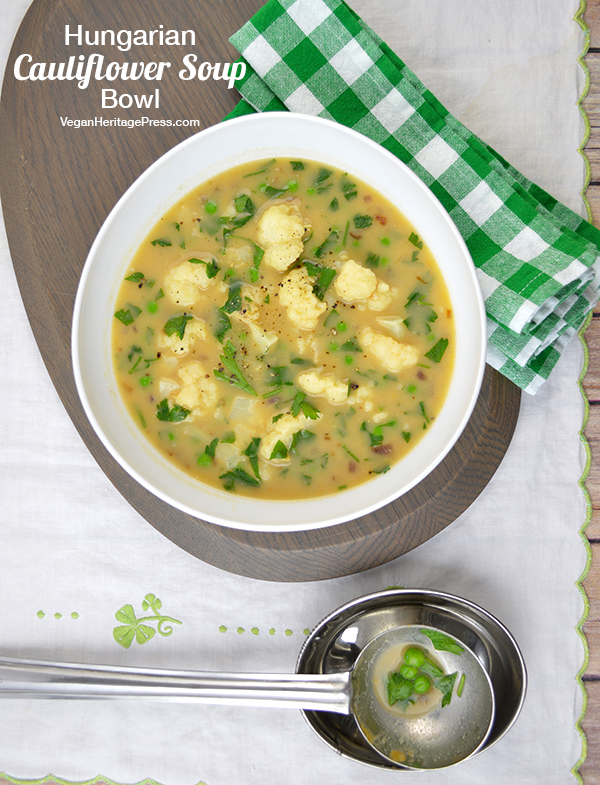 Hungarian Cauliflower Soup Bowl from Vegan Bowls by Zsu Dever – Zsu’s mom used to make this soup almost monthly. She would use cauliflower or kohlrabi, a vegetable cross between a turnip and a cabbage. Freekeh is not a traditional addition, but it brings wholesomeness and protein to the soup. 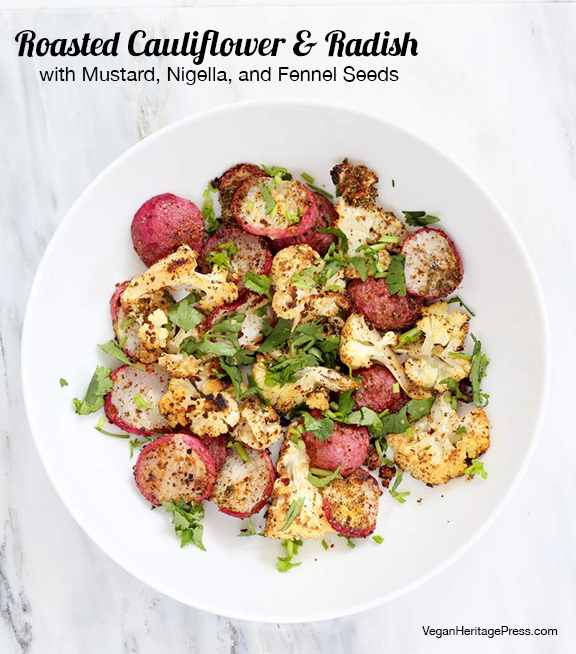 Roasted Cauliflower and Radish with Mustard, Nigella, and Fennel Seeds from Vegan Richa’s Indian Kitchen by Richa Hingle – This recipe is super-easy and addictive. Fennel and nigella seeds give the vegetables an Indian pickle flavor profile. 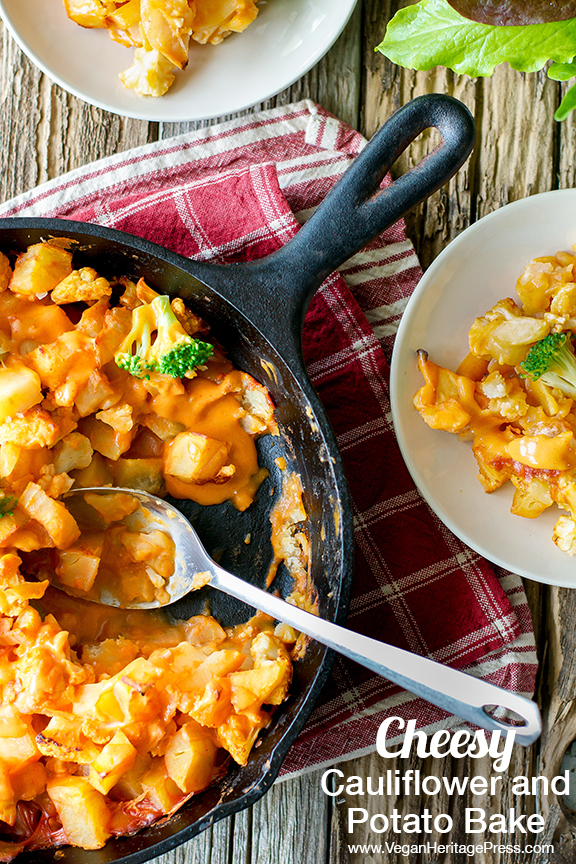 Cheesy Cauliflower and Potato Bake from The Abundance Diet by Somer McCowan – This recipe is based on a not-so-healthy dish called funeral potatoes that is served at nearly every funeral in Utah. This is a lighter, fresher (and much healthier) vegan version of that dish. 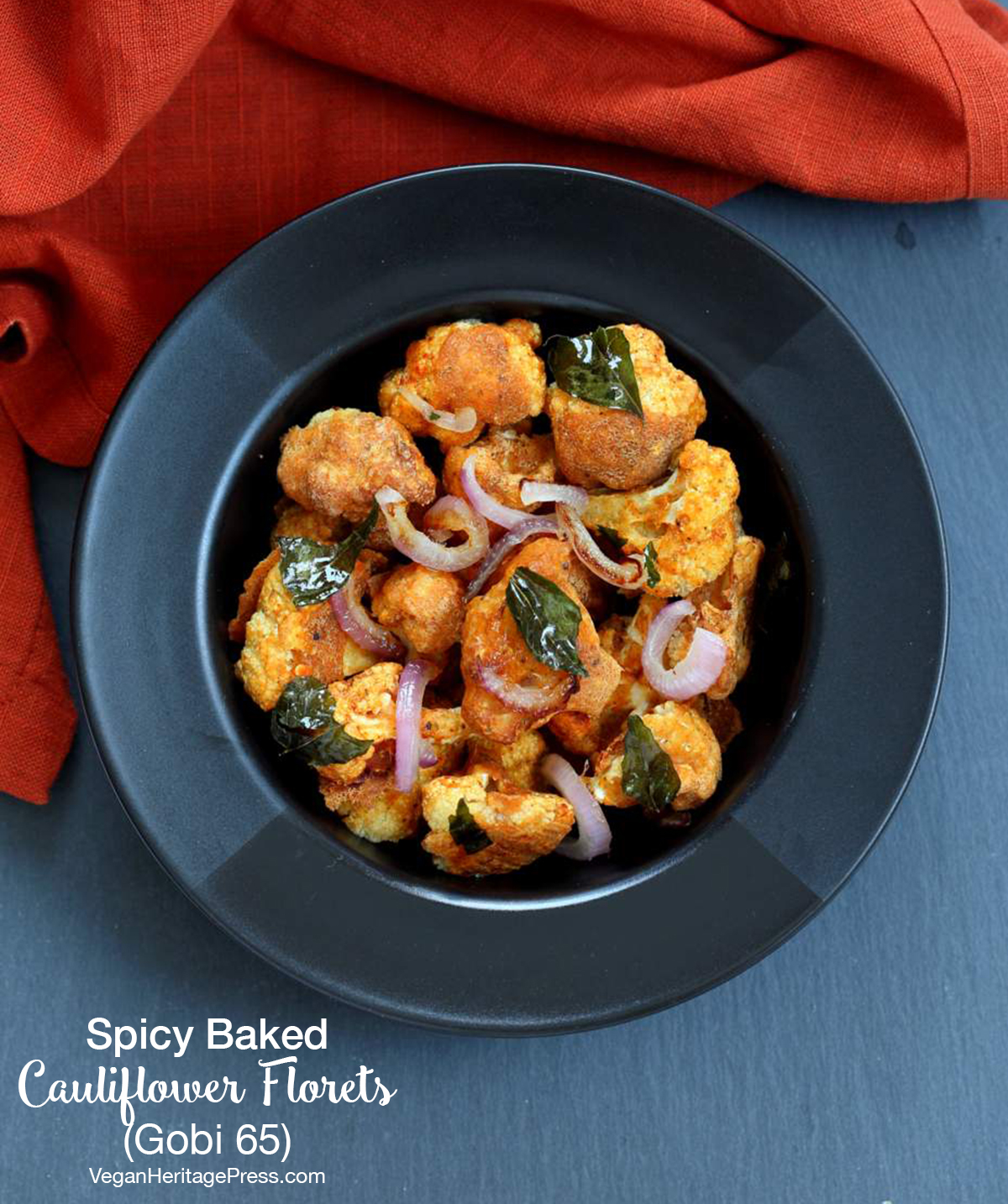 What is your favorite way to cook cauliflower?